Why Your Drawdown Customers Need to Understand Market Volatility 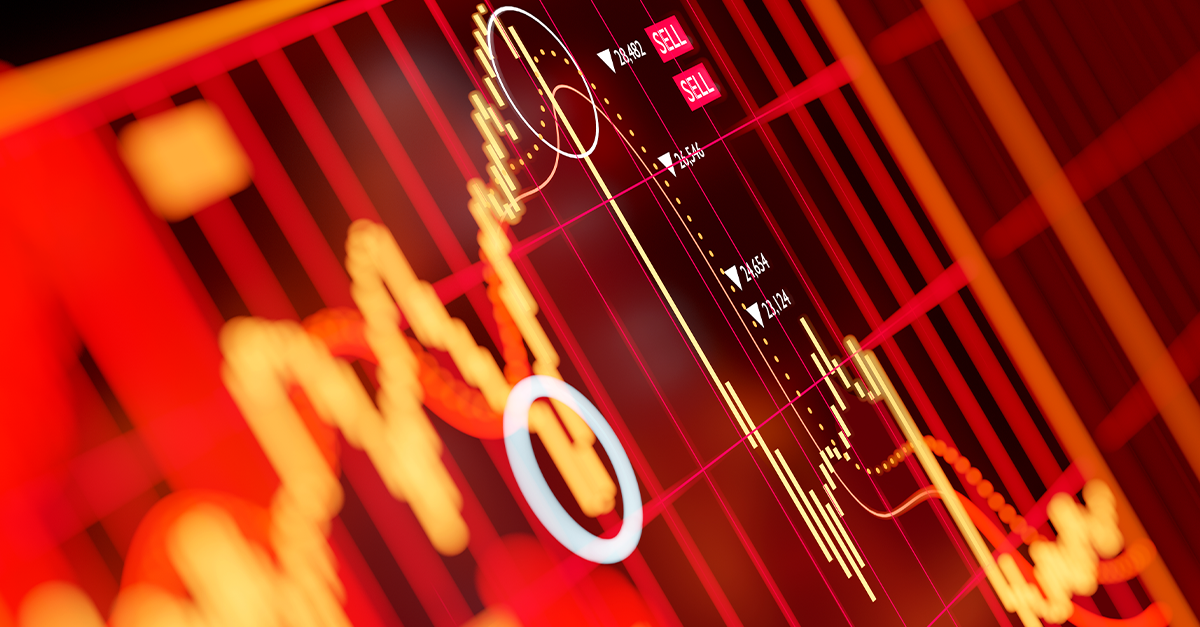 In our recent blog, we asked the question Why Should Sequencing Risk Matter to Your Drawdown Customers?

However, it is also important to help your customers understand other risks that will impact their prospects in retirement. This will make the difference between your customer being able to leave a legacy and running out of money in retirement. In addition to sequencing risk, a retiree using drawdown as a source of income is also vulnerable to high levels of market volatility.

During your customer’s working life, periods of volatility can be used to benefit a customer’s investment returns - but only if managed correctly. A good way to smooth out the impact of volatility on their returns is to make regular contributions to their investment or pension fund during the ‘accumulation of wealth’ stage of their financial life cycle. This approach is known as ‘pound cost averaging’.

By encouraging your customers to make regular contributions to their investment funds, they will buy fewer units when prices are higher, and more units when prices are lower.  This also helps to dampen any worries around making lump sum investments at the wrong time. As we know, timing the market is pretty much impossible, unless you have a crystal ball or are extremely lucky.

This approach can take advantage of volatile periods and potentially improve long-term investment returns, as the higher the level of volatility, the more advantageous the effect.

However, as your customer enters the ‘decumulation’ phase of their financial life-cycle, the effect is the exact opposite.

For customers drawing an income from their pension in retirement, pound cost ravaging is a risk that is often misunderstood - and often ignored. If managed incorrectly, your customer’s pension pot will be used up faster than expected, which could lead to them running out of money.

Consider a steady return of 5% p.a, with fluctuations of 10% upwards and downwards. For withdrawals of £500 a year from a £10,000 fund, it might be expected that the steady 5% p.a. a return would be sustainable - i.e. it would not erode capital.

Figures 1a and 1b show this is not the case.

Figure 1a: Initially positive variation (All units in £)

Figure 1b: Initially negative variation (All units in £)

Figures 2a and 2b show the effect more dramatically: 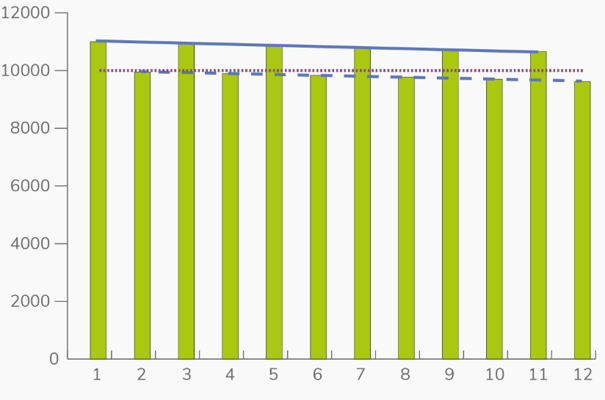 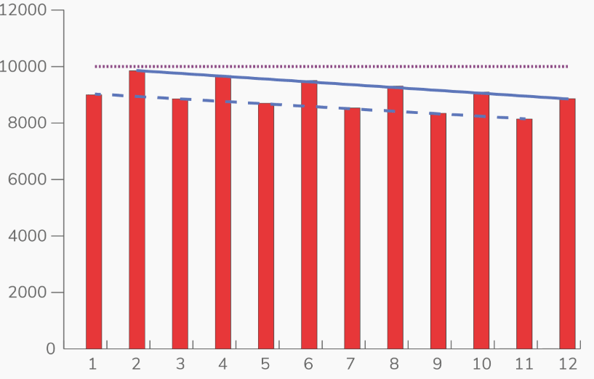 If the volatility is increased from 10% to 15%, the erosion of capital is even more pronounced (as shown in Figures 3a and 3b): 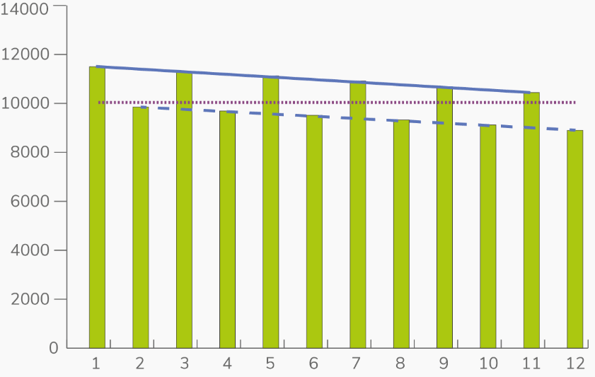 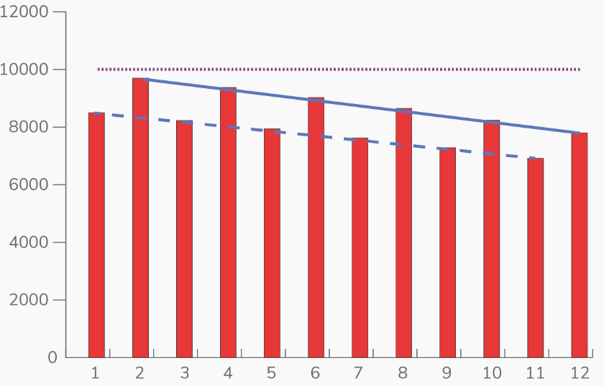 The way to communicate the impact of volatility - or any investment risk for that matter - is to provide simple, online tools to help educate your customers. That way, they can easily understand the different scenarios that might play out - especially in the latter stages of accumulation and early stages of decumulation - with the reactive changes they may need to implement in order to keep their retirement plans on track.

The importance of giving due consideration to the impact of volatility when setting a drawdown strategy cannot be overstated. To find out how stochastic forecasting can help provide more realistic projections, download our eBook on Modelling future outcomes: Why stochastic is the credible choice?

If you would like to find out more information or have any questions please get in touch via contact@ev.uk.

Why Complacency is the Biggest Risk for Drawdown Providers

Why Sequencing Risk Should Matter to Your Drawdown Customers